I’ve seen a fair bit of discussion again recently against ad blockers. Even some new services to help advertisers avoid the blocks.

It may surprise tech nerds that people outside our field have no idea that ads help fund the free content we consume online. The vast majority of Facebook and YouTube users never stop to consider who pays the hosting fees for those heaps of family photos and cat videos. To these users, ads are just another unpredictable barrier to their stuff. This is especially true when ads are the pop-up, pop-under or pop-between-paragraph type of affair. They disrupt your session and demand your attention. I understand the need for ads to get seen but it’s a bad experience. It doesn’t take a huge leap from there to understand why ad-blockers are so appealing. They easily remove these annoyances at source. Pages load fast, text stops jumping up and down the page, the web works like it did in the good ole’ days. That advert for a new car you were researching stops following you around the web. It’s a massive win for users.

But here’s the thing. Small indie publishers are way down on the annoying ads scale. It’s predominantly large news sites, or blog networks that have the worst of these ads. Squeezing every last penny from their page-views, they poison the web for everyone.

Compare this ad on Marco.org:

With the ads on engadget: 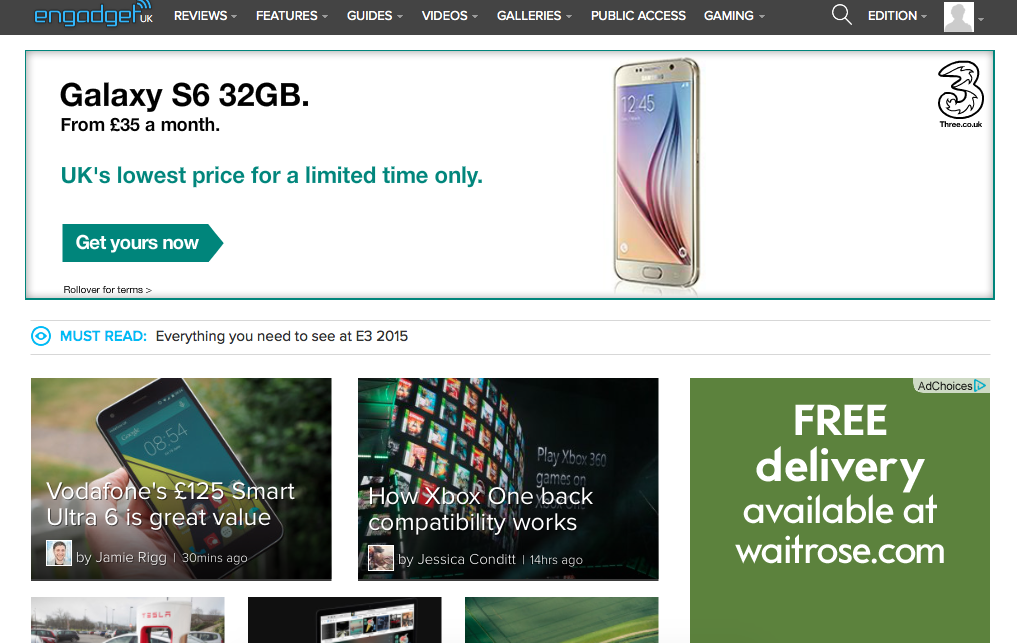 The discreet and relevant advertising on Marco’s site doesn’t alienate users & offends nobody. The Deck has taken this approach, and nobody would ever bother to block deck ads. Why would they? They are relevant to the sites they appear on, and don’t interrupt the experience for anyone. I assume they have a lower CTR than other ad-networks, but they respect the readers and don’t dance all over the page for attention. I expect the quality of leads from these ads is far better than AdSense for example.

Here’s the problem. Ad-block doesn’t just get rid of the awful flash ads that clutter news sites but also blocks unobtrusive ads like the deck. See the example below of the Marco & engadget pages below when using adblock. The engadget page is much improved showing the articles you came for right at the top! On the other hand, Marco’s site is hardly changed at all. 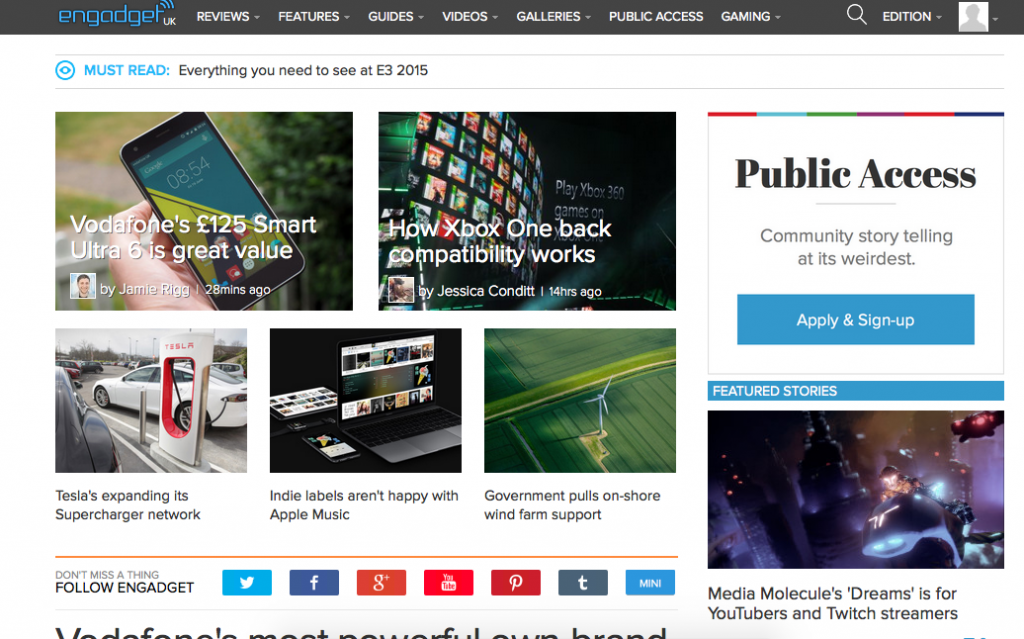 Users will happily run ad-block and get their internets back, but the small sites lose out. They never hosted up video ads for cars or holidays, but they lose their small revenue stream thanks to the ham-fisted & heavy handed big networks. You can’t put the blame on users here. They have a tough enough time navigating the evils of the web. Blocking ads just reduces their hassle a little bit.

On Friday after I posted this article I later saw that John Gruber had basically said the same thing as me in one succinct paragraph. Smart guy.